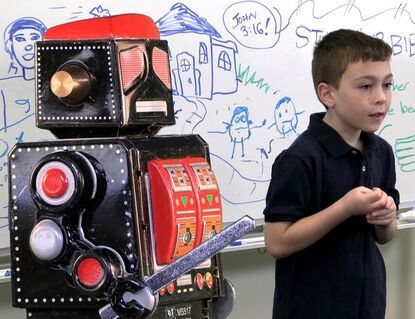 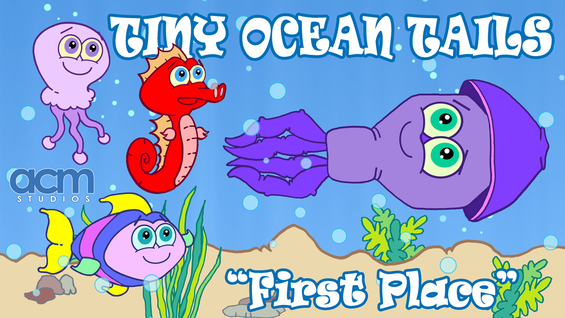 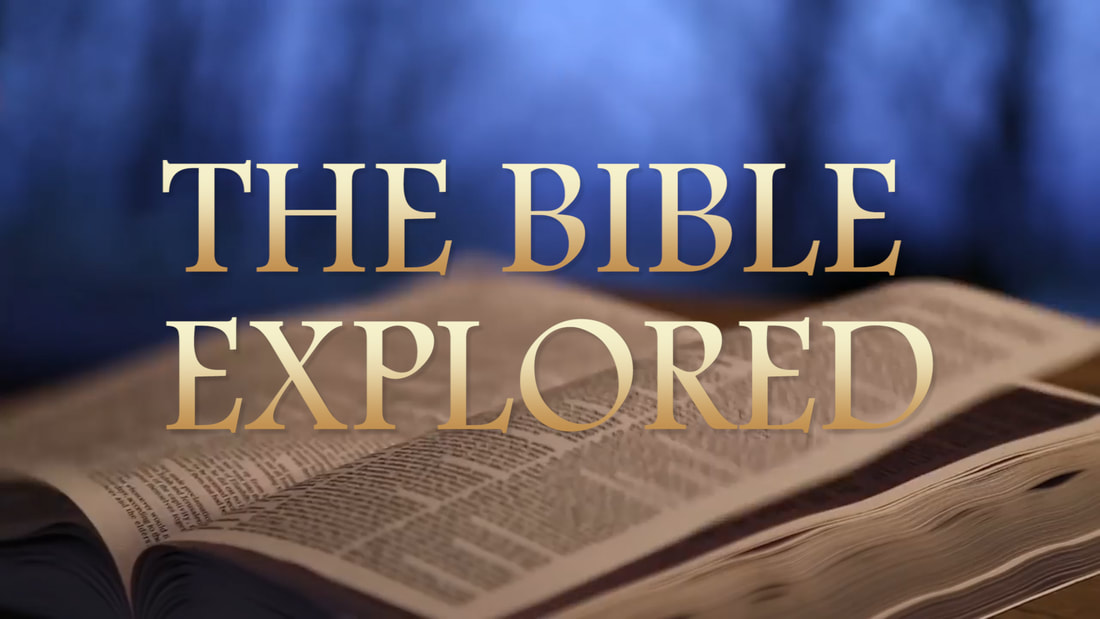 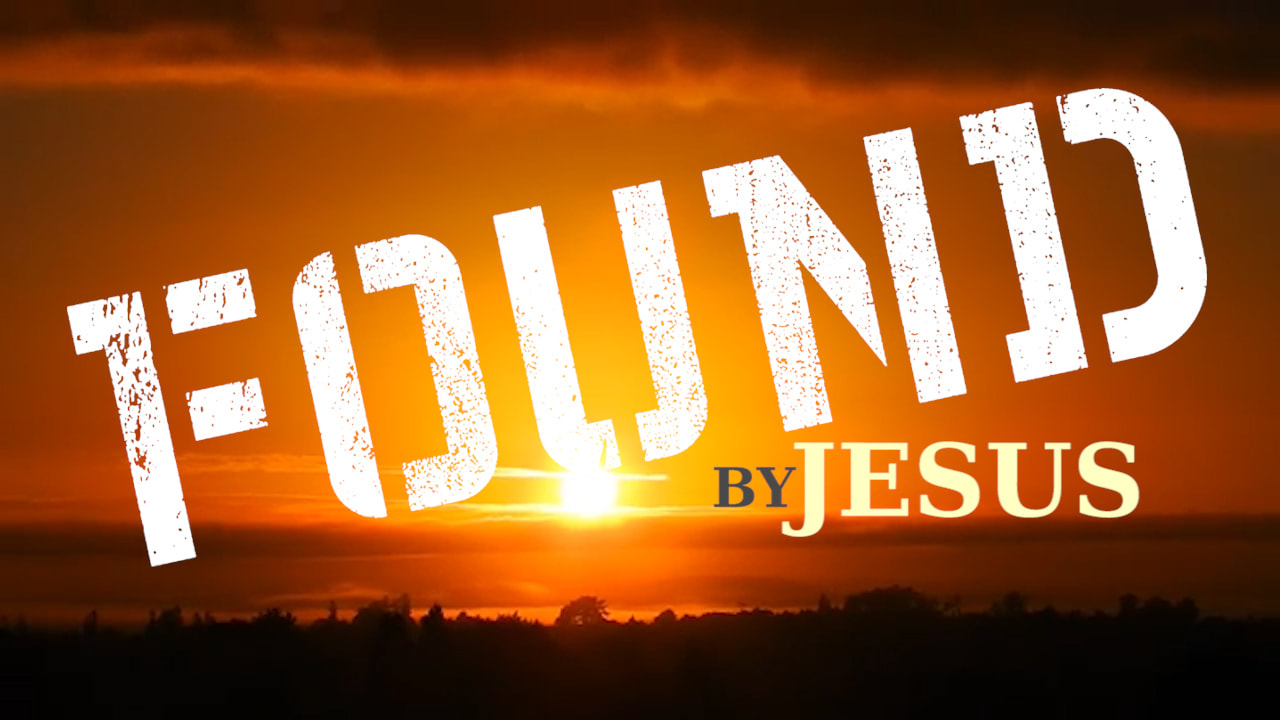 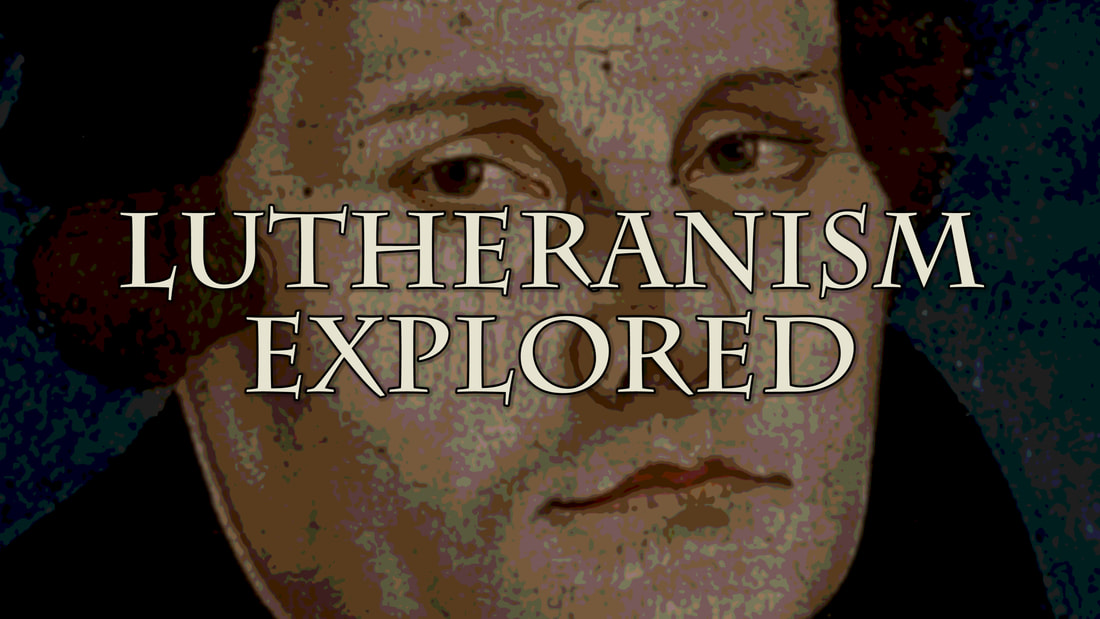 Allendale Christian Media will soon begin production on several video series featuring Reverend Marin Cerchez, pictured at left. The three series that will be launched, "The Bible Explored," "Found By Jesus," and "Lutheranism Explored," will be short presentations on select topics delivering answers from a biblical perspective. Rev. Cerchez is leads the congregation at St. John Lutheran Church with a mission to connect people in and outside of the church, in the community, to Jesus Christ. Each segment of each new series will average about 3 minutes with a mission of Bible education and connecting people to Jesus. 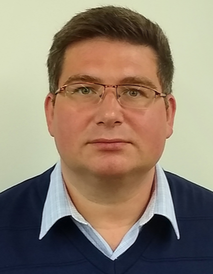 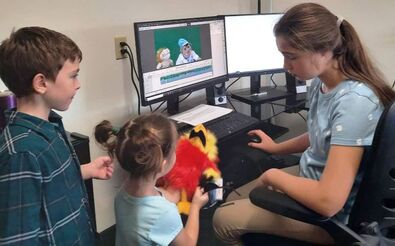 St. John doesn't present your typical Sunday School Class. Director of Education Tracy Scott incorporates the writing of plays based on scripture with the artistry of puppetry to create "Animal Safari," a video series by kids, for kids, to spread the Gospel of Jesus Christ. The class not only educates students on the Bible, but teaches skills such as writing, acting, camera and sound operation, as well as video editing and production. The result is an ongoing program of creativity and fellowship for youths as they reach an audience with their own youth ministry. For more information contact Tracy Scott ​ 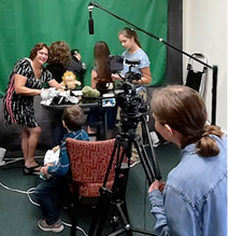 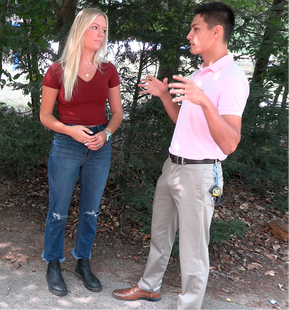 Allendale Christian Media's first short film, titled "The Color of Hope," featuring Hunter Tuggle and Adayla Liggett, both pictured at left, was released online for public viewing on October 3. Photographed in both black and white and color, and silent with no dialogue, a park bench begins as a colorless environment in the absence of faith. However, when a Bible miraculously appears beside the person seated, a colorful reality emerges. Liggett is a life-long Lutheran and member of St. John Lutheran Church of Grand Haven. Tuggle is active at St. John Lutheran Church of Jenison-Allendale. Watch the entire film here. A Go Fund Me page seeking donations our studio was established on behalf of the project and raised nearly $1,000. We thank wish to thank Executive Producers Annette Eberly, Kenny Lee Robinson, Corine Gatti and Jarod Collier, along with Violetta Anna Licari and others for their support. See the Behind the Scenes film page.

EPISODE 5 "Rhino Rental." The rhinoceros' great horn can be used to take down its competitors. The Israelites used horns to bring down the walls of Jericho. Joshua 6:1-20, The fall of Jericho. Release: To be announced.

EPISODE 6 "The Doctor." Monkeys are known for their playful attitudes. When it comes to truth and integrity, we shouldn't monkey around. Acts 5:1-11, Ananias and Sapphira. Release: To be announced.

EPISODE 7 "Hippo Tours." The hippopotamus is an aggressive animal who gets into fights almost daily. With God on our side, we can win any battle that comes our way. Judges 7:1-22, Gideon defeats the Midianites. Release: To be announced.

EPISODE 8 "Racing the Cheetah." The cheetah is the fastest runner on the planet. No matter what we've done, we don't have to run from God. Jonah 1, Jonah runs from God. Release: To be announced.

The Only Sentence That Matters Presented in "Words" 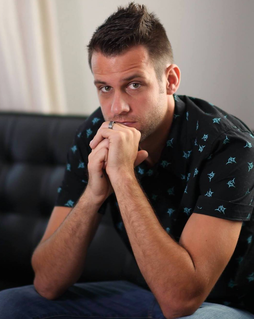 Photography will commence in early 2022 on ACM's short film project, "Aidan's Armor," a story written by Kevin Collier, about a young boy who wants to become a fireman but instead discovers the only uniform a hero will ever need. The project will feature award-winning actor and producer, Cameron McCormick (pictured), whose father is Pastor of Turning Point Church in Muskegon, MI. Cameron resides with his wife, TiaRenee, and their recently born first child, in Fruitport, Michigan. Cameron is featured in "Carrie and Jess Save the Universe," with Richard Karn ("Home Improvement"), being shot this summer in West MI, and just wrapped his first feature film "Healing Embers."